The Aristocrat’s UltraSpin Slots Series that is available to online and mobile players certainly does offer some high quality entertainment. All of the games in this series have been developed by Aristocrat slots, and are of the standard that modern players have come to expect.

The main attraction in the Aristocrat’s UltraSpin Slots Series is the Ultra Spin bonus feature that is on offer in all of these games. The way the feature works is quite simple, but it does provide a number of new winning possibilities for all players. As such, it is certainly worth having a look at, if these bonus features are something that interests you. While the Ultra Spin feature is actually quite simple, new players might find it to be a little confusing at first. However, it won’t be long before it makes complete sense to you.

The principle behind the bonus feature is to award players with the range of jackpots that are listed on the top of the screen. These jackpots include Mini, Minor, Major, and of course the main Grand Jackpot. The values of these are seeded at $50, $100, $1,000, and the main prize comes in at a big $4,000. They are seeded based on a 1c bet, and because of this can be very attractive to every single player.

All of the Aristocrat’s UltraSpin Slots Series games are linked together, and so these jackpots are also linked. As such, players might often find that the prizes that are on offer can reach much higher amounts.

The idea here is that players can all contribute to the main prize pool at the same time, which will see the Aristocrat’s UltraSpin Slots Series jackpot grow as more and more players are involved. In order to win the jackpots, players must aim at getting three or more of the UltraSpins symbols to appear on the reels. In addition, any of the reels that are showing the bonus symbol will remain in action for the bonus feature or game, while the other reels will be blocked out. The reels will then spin again, with new symbols appearing.

The aim here is for the player to try and collect as many of the feature gem symbols as they are able to. As with other real money online slots games, this is all down to luck or chance, as the gem symbols can appear multiple times on the same reel. If you are able to spin the reels and get six of the main symbols to appear on the reels, you can win the main jackpot.

In the Aristocrat’s UltraSpin Slots Series, the biggest jackpot is won when a player is able to land 9 or more of the gems symbols. Players will really need to have luck on their side for this to happen. Again, the principle here is that the more reels that are available, the more chances there are for you to win. Games offering this UltraSpin feature include the Ruby Saloon game, the Diamond Destiny, and also the Emerald Empire slots game.

Tue Aug 11 , 2020
One of poker’s best kept secrets is the game of poker pursuit and what makes it so special is the fact that it is a […] 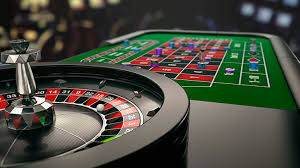