The Fire Queen slot by WMS Gaming is an online video slot based on a theme of sorcery and magic. The game revolves around its main title character, the Fire Queen, a magical sorceress with the power to conjure flames and fire at will.

This slot offers a unique reel formation, but essentially contains a total of 5 reels and 100 paylines which are split between the upper and lower symbol blocks to the left of the screen. In terms of bonus features, the Fire Queen slot offers a free spins feature with 2 levels, each of which can be triggered in various different ways. Expanding wild symbols are also present during these features, and a multiplier applies to one of them.

The Fire Queen slot plays out over an interesting reel formation consisting of two blocks of symbols to the left, each containing two rows and 4 symbols in total, and 3 solid reels to the right of the screen. The symbols and imagery in this slot all relate to the Fire Queen and her magical powers, and every symbol is portrayed in a brightly coloured and detailed style.

A moonlit balcony forms the backdrop of the Fire Queen slot, and a large gold candelabrum illuminates the right hand side of the game screen. Each of the reels is deep blue in colour and the reels and pay table are lines with gold for added effect. A dramatic soundtrack also plays as the reels spin. 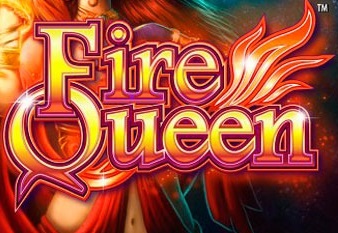 Symbols on the Reels

The icon of the Fire Queen serves as the game’s wild symbol, landing to create extra winning combinations on the reels by substituting all other symbols except for the scatter.

The scatter symbol is a phoenix crystal ball, and landing certain combinations of this symbol many activate one of the game’s bonus features.

The Fire Queen slot offers a free spins feature that consists of 2 different levels, and each level is triggered in a different way. In order to trigger the Five Free Spins feature, players must land 4 matching symbols in either the top or bottom reel blocks to the left of the screen, or land a scatter symbol on each of the 3 standard reels to the right of the screen; this will award 5 free spins.

To trigger the Twenty Free Spins feature, players must again land 4 matching symbols in either the top or bottom reel blocks, and they must also land 3 scatter symbols on the standard reels. A combination of these symbols will award 20 free spins and a 100x multiplier.

In both the Five Free Spins and Twenty Free Spins features, any scatter symbols that activated the features will be held in place as the free spins play out. Any wild symbols that land on the 3 standard reels to the right of the screen will expand to fill the whole reel on which they appear. It is also possible to win additional free spins during both of these features on some of the highest rated nz online casino websites.

Wed Aug 26 , 2020
Online casinos, by their very nature of being based online, offer tremendous advantages. For one, they can be accessed at any time and any place, […] 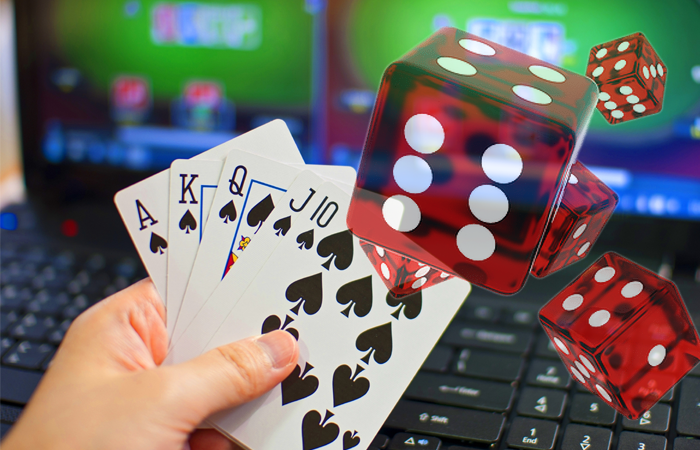