This is a rather unique and simple card game to get involved with and play. The idea behind this BEAT ME card game from Play’n Go is that players must compete against the dealer for the highest drawn card at any given interval. This does allow players to rather quickly join in and have a few games, without necessarily getting bogged down in the semantics of setting up or in the trials of a longer, more drawn out game. There aren’t particularly many different types of betting options and the gameplay is definitely on the simple side of card gaming but overall this card comparison game holds a fair degree of promise.

The finer details of this online card game BEAT ME involve a neat setup and display, with inherently well done graphics that make the game table that players are presented with, upon which rest the cards that play out, appear quite presentable and appealing. The range of betting options, in terms of stake, are fairly broad, with this still being a Play’n Go game and therefore developed by a top international developer. All in all this card game may be worth a try, to at least determine if the gameplay is an appealing one for the players.

Learning the Rules of BEAT ME

As mentioned above, this online card game is rather straightforward to pick up and play, allowing even the most inexperienced players to jump straight into a betting card game. This is because unlike poker or blackjack where a degree of foreknowledge is rather crucial to strategy implementation, this BEAT ME game requires rather little in lieu of strategy and prep, instead relying rather on a bit more luck and perhaps the players’ own intuition.

To begin this game players must first choose a bet size. As mentioned before, this range is fairly broad, so as to allow a fair number of players ready access to the betting of this game. Once the bets have been placed in this BEAT ME online card game the cards are dealt out. A firm reminder of the simple gameplay involved will be the fact that players and the dealer they are playing against is deal just the one card. The winner is simply then the player with the highest card, according to standard rank of 2 through to Ace. The return on such a bet is only one to one, but still shows a higher RTP than casinos online roulette.

One thing yet to address in this BEAT ME card game from Play’n Go is the situation when the player and dealer draw. In this instance players can either double up their bets and see another set of dealt cards to compare or they can surrender and forfeit the bet. More notably however is that before the game players can actually place a bet, at 10 to 1 odds, on the result being a tie, a risky bet perhaps but one not without its reward. Overall this BEAT ME card game is relatively simple, but the nice change of pace and easy to follow gameplay do still offer some appeal.

Wed Aug 26 , 2020
IGT Peggle is an online slot game based on the popular computer game of the same name. The slot game carries over many recognizable stylistic […] 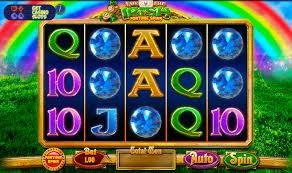