With something as potentially lucrative as the lottery, and considering how many people buy lottery tickets on a regular basis, it stands to reason that the fashion in which winning lottery balls are selected would come under immense scrutiny. In days of old lottery and bingo balls were selected by hand, generally by an attractive assistant that did a great deal of smiling.

Since, however, wherever human hands are involved people are not convinced that the system is fair, and rightly so, the human aspect of the equation was soon removed. Today lottery and bingo balls are selected mechanically, with no human interaction on almost any level, and in a fashion that has been proved to be one hundred percent random. There are two main machine types used, namely one that operates by gravity, and one that operates by air.

In the case of lottery machines, the balls never leave sight at any time, and are always visible via transparent coverings. The air mix version uses a steady blast of air that tumbles the balls about, with one being pushed up into a receiving system, which has been designed to accept only one ball at a time. Once selected, the ball rolls down and is announced as official. The gravity system works entirely by gravity, using a turning device that mixes the ball by nothing but the momentum of the device turning alone.

A receiving system is opened and a ball falls inside, rolling down and being announced as official. This second system, although just as effective, is far less interesting to watch, and so the air mix system is the generally accepted standard. In both systems an independent body will always be on hand to observe, ensuring that the lottery machine has not been tampered with in any way, and is working correctly. If, at any time, suspicion is raised that something is not right, the machine will be replaced by another that is waiting close at hand. 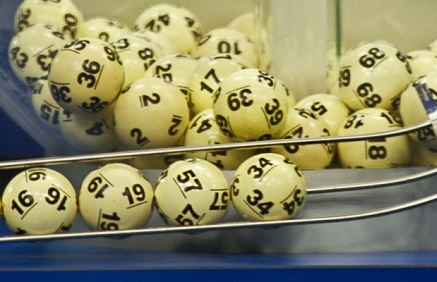 There are almost no cases of lottery machines having been tampered with, but for one that occurred in Pennsylvania in 1980. In this scenario the balls in the machine were carefully fixed to reduce the possibility of combinations, with all but two of the balls being weighed down, allowing the lighter balls to be more likely to be carried up into the receiving system. It is important to note, however, that this specific game was designed to be played using only three numbers, allowing for easy fixing. It is also important to note that the fixing was detected almost immediately, and those involved arrested.

In other cases, some have suggested that lottery machines are not so random as they appear, and that balls with larger printed numbers are less likely to come up, given that the weight of the printings weighs down the ball. These claims have been rubbished, however, and there has never been any real proof of any kind that a lottery machine is anything but completely random. One may keep in mind, however, that playing the same lottery numbers repeatedly, as apposed to new numbers every week, will give a bigger chance of winning the more times the numbers are played.

Mon Dec 14 , 2020
Prism Casino is a popular online casino that has been in operation since 2002. Powered by Real Time Gaming casino software, the casino itself is […]