Designed in 1959 by Los Angeles sign artist Betty Willis, the famous Las Vegas sign looks as good 61 years later as what it did back in its future-embracing heyday. In fact, many people are surprised upon learning of the sign’s origins, and especially because it was created by a woman during a time sign-making was considered a man’s job.

Originally erected in no-man’s land some six miles south of Las Vegas City, modern-day Vegas over the years grew up around the sign, which is of course a big part of why the sign is today a photo backdrop like no other. In fact, the Las Vegas sign is not just a sign – it’s today a quintessential icon of pop culture. And those who visit Vegas all know: if you haven’t a picture with the sign, you haven’t really been to Las Vegas.

Here are some things you probably don’t know about Sin City’s beloved sign.

Neither Betty Willis nor the company she had worked for at the time of the commission, namely Western Electric Displays, ever thought to trademark the legendary sign. As such, anyone and everyone are free to use it in any way they choose – without having to part with as much as a single cent in royalties. Just imagine how well-off Willis and Western Electric would have been had they imposed a copyright on their sign!

But in a way, the sign’s free-to-copy status is why today we can easily buy everything from Vegas-sign branded coffee mugs to Vegas-sign branded t-shirts and magnets. And so, perhaps it all worked out for the greater good of the group after all.

Since the Las Vegas sign in 2009 made it all the way onto the list of the National Register of Historic Places, it now has significant historical value. It was noted on the list for its engineering, architectural, and cultural esteem and prominence. And best of all is that the sign’s original creator would have been able to celebrate the important inclusion. Betty Willis sadly passed away four  years ago – but at least she got to share in the historical celebration of her handiwork.

The seven circles that encircle the letters of the word “Welcome” represent seven silver dollar signs. Not only does this bode well to those looking to make their fortunes working the famous Strip, but the silver dollar signs also pay homage to Nevada’s nickname, namely “The Silver State”.

It Has Its Own Parking Lot

Clark County in 2008 awarded the Las Vegas sign its very own parking lot. It used to be notoriously difficult to reach because of the congestion of traffic but is today a welcoming selfie-spot thanks to the parking lot initiative.

Its also 100% solar-powered, making it completely environmentally friendly. Clark County in 2014 installed three solar-trees alongside the sign in order to provide it with all-year-long renewable energy.

Thu Aug 6 , 2020
If you want to truly immerse yourself in Japanese culture, then you just have to try out a game of Pachinko on its home turf. 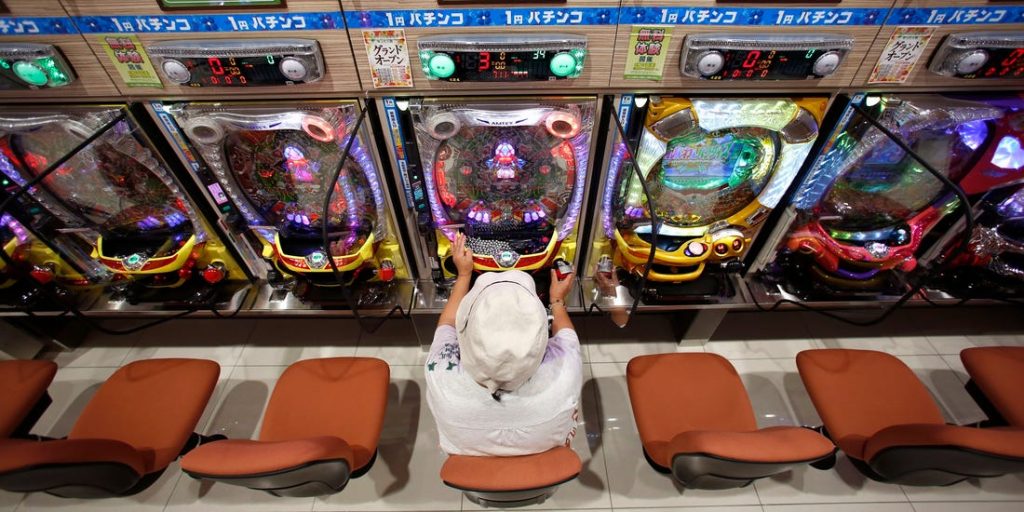