Fantasising about winning big? We’re going to introduce you to some of the richest men in gambling and tell you a little about how they got there.

Bill Benter is the richest professional gambler. Born in 1957 in Pennsylvania, he first studied physics before turning his prodigious mathematics skills to card counting in Blackjack in Las Vegas. His immense skill and consistent wins succeeded in his being banned from most casinos. And so he moved on to betting on horseracing. Together with a partner he developed a computer assisted formula to assess the best advantage and rakes in a millions and millions on race days.

Another gambler with a mathematics background, Edward E. Thorp was born in Chicago in 1932. He used a computer simulation to aid in Blackjack strategy and worked out how to improve players’ odds with card-counting schemes he devised. Thorp wrote the highly regarded and authoritative guide to card counting, Beat the Dealer, which has been used by amateurs and professionals alike for years.

Born in Australia in 1961 to Croatian immigrant parents, Ranogajec is likely the most private of the rich professional gamblers. His sophisticate mathematics skills and photographic memory contributed to such huge Blackjack wins that it wasn’t too long before he too was banned from most Australian casinos. Like Benter, he switched to horseracing and applied his skills resulting in spectacular success.

Walters is an entrepreneur and widely regarded as the most successful sports bettor in Las Vegas. He was born in Munfordville, Kentucky in 1946 and father and uncle were both professional gamblers. Unsurprisingly, he started betting early and went on to run an incredibly successful bookmaking enterprise. The casinos long since stopped allowing him in and so he placed bets via middlemen, often very famous people. He retired from gambling in 1987 but is said to have had a winning streak that lasted 30 years! He returned to other businesses, but eventually in 2017 was convicted of insider trading.

Ivey is the youngest on our list, born in 1977 in California and raised in New Jersey. He is a professional poker player and has made his fortune, purely from gambling. He developed his skills as a teenager becoming inspired by the game, before managing to get into Atlantic City with a fake id and then going pro at age 20. He rose to fame after winning three World Series of Poker bracelets in 2002 and is nicknamed the ‘Tiger Woods of Poker’. Ivey has made much of his money playing online poker, cash games and casino tournaments.

Born in 1963 in Los Angeles, California, Chris Ferguson has a Ph.D. in computer science and is a professional poker player. He won six World Series of Poker events and went on to found an online poker website, Full Tilt Poker. He earned vast amounts of money, but was the subject of a scandal due to a civil complaint about the way he and his directors were running the site. The case was dismissed eventually, but seriously dented his fortune.

Explaining the Features of African Simba Slot Game from Novomatic

Tue Aug 11 , 2020
African Simba is a five reel, 243 ways to win slot from Novomatic. It is a pretty typical looking and playing slot, with no outstanding […] 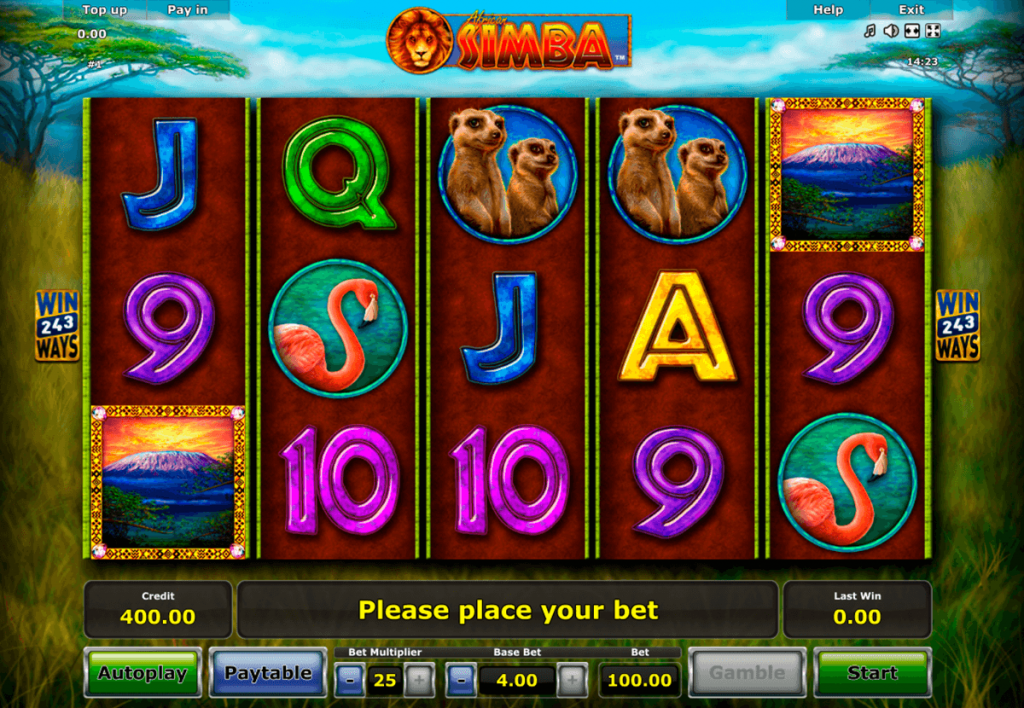